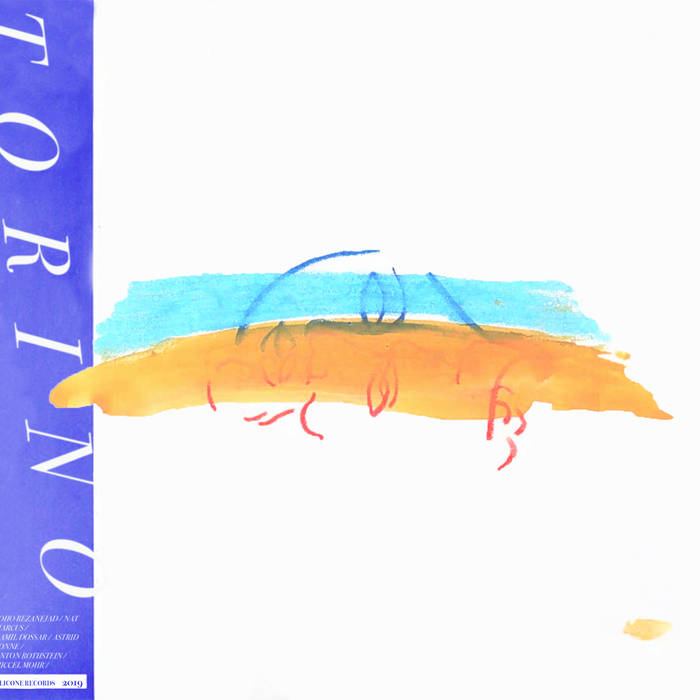 “Angeles is a world of lost angels, in search and in need of the other. The map of this fantasy is drawn up by two angels: Anahita and Torino.”

This text appears on-screen, like an explanatory placard of a silent film, after the 5-minute mark of Torino – a new audiovisual narrative organised by Soho Rezanejad, with a forthcoming digital release on May 20 through the composer’s own Silicone Records label. But the narrative of this search has already been set into motion. Opening Torino is “Naples Waterfront”: a close-up of a sleeping face, suffuse with indigo light and HI-8 camcorder grain, shot by the filmmaker Kamil Dossar; soon thereafter enters a hymn of the 12th-century mystic Hildegard von Bingen, translated and recited by the poet Nat Marcus: “Blood blush, you soaked out, you from that place divinity tipped, touched…” Then Rezanejad’s sonic composition – angling, restless viola strings played by Astrid Sonne, and the sloshing sound of land and water meeting.

This shifting, cyclic border a shoreline represents can be found in many forms in Torino – after all, angels are the commuters between heaven and earth, perhaps truly at home in neither realm because of it. We see this in Dossar’s gorgeous hand-drawn animations placed throughout the film, as a flapping bird seems to dissolve into the broken plane of a water’s surface, which then metamorphosizes into a rose, into two fishes, then to two submerged human figures (a kind of synesthesia present as well in the similes and metaphors of Hildegard von Bingen, another composer who often took angels as her subject). We hear this in Rezanejad’s sonic movements, not only wedding the electro to the acoustic but confusing the division between composer and instrument: a synth in “Anahita Cross the Shore” wrenches and wavers so distinctly like a human voice.

Rezanejad has written that she would like the project to elicit, in some way, the importance of alchemy in our everyday lives. The presence of this medieval discipline of admixture, transformation, and physical and spiritual refinement can be found in Torino, at first glance, simply in the elemental motifs running throughout the narrative: roving souls of water and earth, airborne or grounded in slumber, the richly saturated tone of flames in Dossar’s footage. But I find something alchemic too, in the project’s process; and it is a bit strange for me to write these words – as I am directly implicated in the work, as the aforementioned poet Nat Marcus. Rezanejad’s choice to cast herself and myself as Anahita and Torino – in terms of the two human voices heard in her score, as well as the two main actors in Dossar’s footage, which was shot in a nearly candid spirit – enacts a transposition of the daily “real” to the mythological and archetypal. The two angels’ casting around for one another could just as well be transposed to the pining of two lovers, two friends separated by geopolitical borders or geographic distance, lichen’s symbiotic couple of fungi and bacteria, or even one’s personal search for knowledge – which, like the search for love, is groundless, unending, wavers like waves, dunes, or Rezanejad’s score.

A film by Kamil Dossar

Soho Rezanejad (b. 1989, New York City) is an artist and composer whose practice, much like her upbringing, is a testament to versatility. The tongues, scales, and registers in which she sings have varied through each of her releases.

Listening to her full catalogue, what defines Rezanejad’s sonic practice most essentially is a resistance to definition. ... more